Welcome to Keep Calm and Keto On!

The primary reason I got into keto and learned about it was for weight loss purposes. In July 2013, I was already making progress with weight loss. I had started at 250lb, though with healthy cholesterol, etc., and had lost 35lbs by reducing calories on a low fat diet and exercising. However, my weight loss journey was a huge roller coaster. I was always hungry, and when I inevitably gave into that hunger, I would gain weight back and just have to work it off all over again. My cycle was something like 2 weeks of losing weight, one week of gaining weight back. It was very frustrating, and I looked for a better way.

I’m heard some good things about the low carb Paleo diet, but I was concerned with how my body would fuel itself for running. (I had already run a 10mi race in May 2013 and was signed up for a half marathon in September 2013). So, I did some research and eventually came across a blog post interview of an ultra-marathoner (runs 50+ mile races) that had gone on Nutritional Ketosis (keto), based on the book The Art and Science of Low Carbohydrate Performance by Stephen Phinney and Jeff Volek. I got the book, read through it and found that keto would do a lot of good things for both my weight loss and athletic performance. So, I decided to give keto a try.

I didn’t just switch straight into the keto diet, however. I gave myself a few weeks to prepare. I slowly ate through a lot of extra carbs in my house, and packed up a lot of the dry good carbs to give away. I started cooking some low carb recipes from 1001 Low Carb Recipes by Dana Carpenter and The Gluten Free Low Carber by Mellissa Sevigny. I bought the Nova Max Plus Blood Glucose Monitoring System with ketone strips to accurately measure whether or not I was in ketosis. I also bought and read A New Atkins for a New You by Eric Westman, Stephen Phinney and Jeff Volek, which gave me more ideas for acceptable food choices and taught me about the idea of induction and net carbs vs regular carbs.

Then, I started. I went in expecting to get the keto flu. The first day on ketosis I felt fine, just a little tired, as my body burned through what carbs were left in my system. Then the flu hit, and I was miserable. No energy, headaches, crankiness…I felt terrible for 4 days before I started feeling better. I even tried to run on the 5th day and had to stop from lack of energy. Then, on Day 6, as my body adjusted to the keto diet and grew enzymes that could more effectively process fats as energy, I started feeling better. I measured my ketones at .9, officially in the beginning stages of ketosis for the first time. On day 8, I went out on a run and felt back to normal. My ketones hit 1.8 on day 10, which is right in the middle of 1.0-3.0 range that Phinney & Volek recommended in their Low Carb Performance book.

After three weeks, I switched to the Precision Xtra ketone monitor based on an evaluation of ketone monitors in the Living La Vida Low Carb blog. I found my readings to be more accurate and have less ketone strips breaking on me, and and found the cheapest place to buy the ketone strips online at a Canadian drugstore website: Universal Drug Store.

I stayed on the keto diet, and in ketosis, for four months straight. I learned where I could eat out, my tolerance for carbs, my tolerance for artificial sweeteners, my favorite recipes, and so on. I only broke out of ketosis in November because I got the stomach flu, and high fat food really doesn’t work when you’ve got a stomach bug. I was eating crackers to keep food down.

Over that time period, I lost 22lb, without all the yo-yoing I’d been doing before. I lost fat every week, and stopped losing muscle. My athletic performance got better, both because I had more energy for workouts but also because the weight was coming off. I felt so much better in general – just had more energy, even stopped needing my morning coffee. Here is a picture of me during my September half marathon, fully on keto at the time: 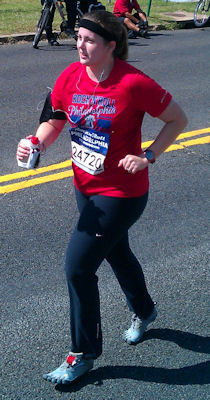 Anyway, between the stomach flu kicking me out of ketosis, a few indulgences during the holiday season, and a diet-free vacation to Hawaii in early January, my weight loss stalled for a bit. As of March of 2014, I’m was still on the diet, back in ketosis, exercising, and had lost another 5lb for a total of 27lb lost with keto, and 61lb lost total. You can see my weight loss pictures of me down 55lb here: 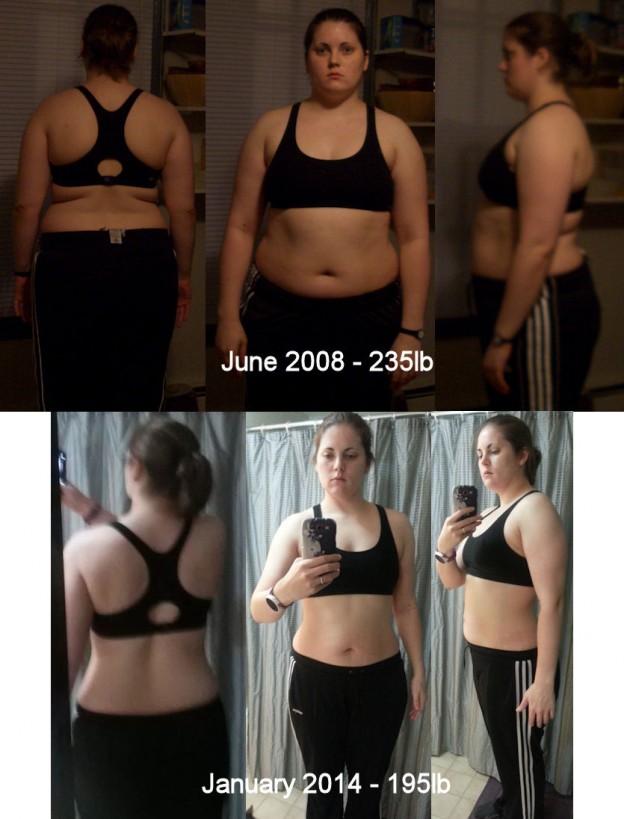 After March, I actually fell off the diet. I was in a very stressful job and I just couldn’t keep it going. I stopped exercising and ate very badly, gaining back 40lb. But, I got myself back on track. I found a new job that is much more manageable, and I got back on the diet as of August 2014. In the two months I’ve been back on it, I’ve lost 16lb. And that is without the exercise. I do plan to get back to exercise, but it has taken a back burner while I focused on some other things in my life, including my new job and a part-time jewelry business that I re-opened. I’m happy to say I’m more dedicated to the diet than ever before – a lot of my cravings for carbs have really gone away since I remember those 40lb I gained every time I think of junk food carbs.

I started this website because I felt like there wasn’t a comprehensive keto website that had a lot of resource links, forums and other community features, and general information on keto. I posed the idea to the Keto group on MyFitnessPal, the website I use to track all my carbs/calories, and got feedback that it was a good idea. And so here we are.

I am slowly building up this website, and very open to suggestions. If you’ve got websites to link to, products you recommend, keto scientific studies you know about, think there is crucial information missing – please let me know! There is a Website Feedback section in the forums, you can always contact me directly, and you can submit resource links directly from the bottom of each resource page.